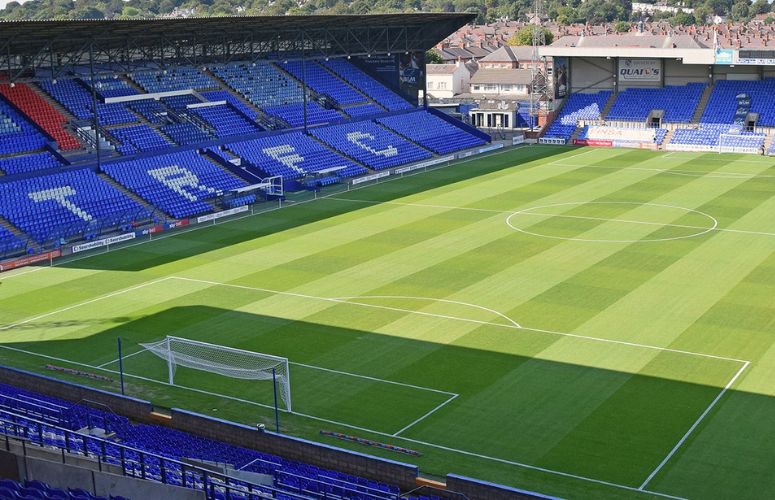 Tyg were brought in, in 2016 to solve the problems faced at the Club to streamline their online and in-house ticket sales. We worked closely with them into 2020.

There were many areas that needed work to ensure the Club was provided with both a solid financial and functional infrastructure. Tyg Project Associates attended matches to review practices and support the Club management, one observation made was that the wifi in the Club was not the greatest with many dead areas sadly next to the turnstiles, the place you need the best coverage; so to solve this we introduced an offline scanning app which holds the data locally on each device. Daily interaction with the Club highlighted other areas that required work, mainly the season card structure and seating plan.

Always follow the money, a lesson learned years ago and key to any successful solution, if the money adds up I always feel shiny pictures are a nice to have and are easiest to add in later, TRFC were using a clunky external subscription provision which made it difficult to track effectively payments for each season card. As the finances were not connected many payments failed each month but the Club finance department were unaware of these losses in real-time so much valuable income was lost. Following careful project management, we were able to provide a payment process which tracked through the system each Season Card holders payments and alert them to any missed payments, keeping the cards valid and scannable. We made updates to the mobile gate manager app to provide a ‘flash up’ of reason for failure if a season card failed at the turnstiles due to non-payment of sub or expired card status.

To encourage and empower the Club we also provided a sleek way for the fans to self-serve themselves via their account to review their subscription dates and payments and provided TRFC auto reporting to allow them to keep on track using all data around the subscription process. The seating plans also required the ability to hold subscribers’ seats for a period of time, due to the longevity of some Season Card holders, and to be able to lockdown and release cardholders’ seats per match. Once a re-style of the seating plan was complete with added ability to add images of the ground to identify and highlight the seat chosen by the fan they were pretty much good to go.

On the launch of the Tyg Shop product, TRFC were supplied with a restyled events page. This gave them the benefit of placing all their season up for sale at the same time. Additional tools provided ensured the matches were automatically advertised but not available for sale until a predetermined date, this enabled the fans to be up to the minute in real-time for ticket releases.

The Ticket Lockdown functionality was unveiled at breakneck speed to allow previous match attendees to have 1st dibs chance to buy tickets, in order to limit potential abuse of this system, the tickets were locked down to a 1:1 ratio, after some additional thought, and feedback from users, tweaks were made to relax this rule and provide broader coverage for fans. Sadly this was a superb example of ‘more haste, less speed’ as speed to complete this project overtook the need for quality testing, and lessons were learned.

Manage Cookie Consent
To provide the best experiences, we use technologies like cookies to store and/or access device information. Consenting to these technologies will allow us to process data such as browsing behaviour or unique IDs on this site. Not consenting or withdrawing consent, may adversely affect certain features and functions.
Manage options Manage services Manage vendors Read more about these purposes
View preferences
{title} {title} {title}